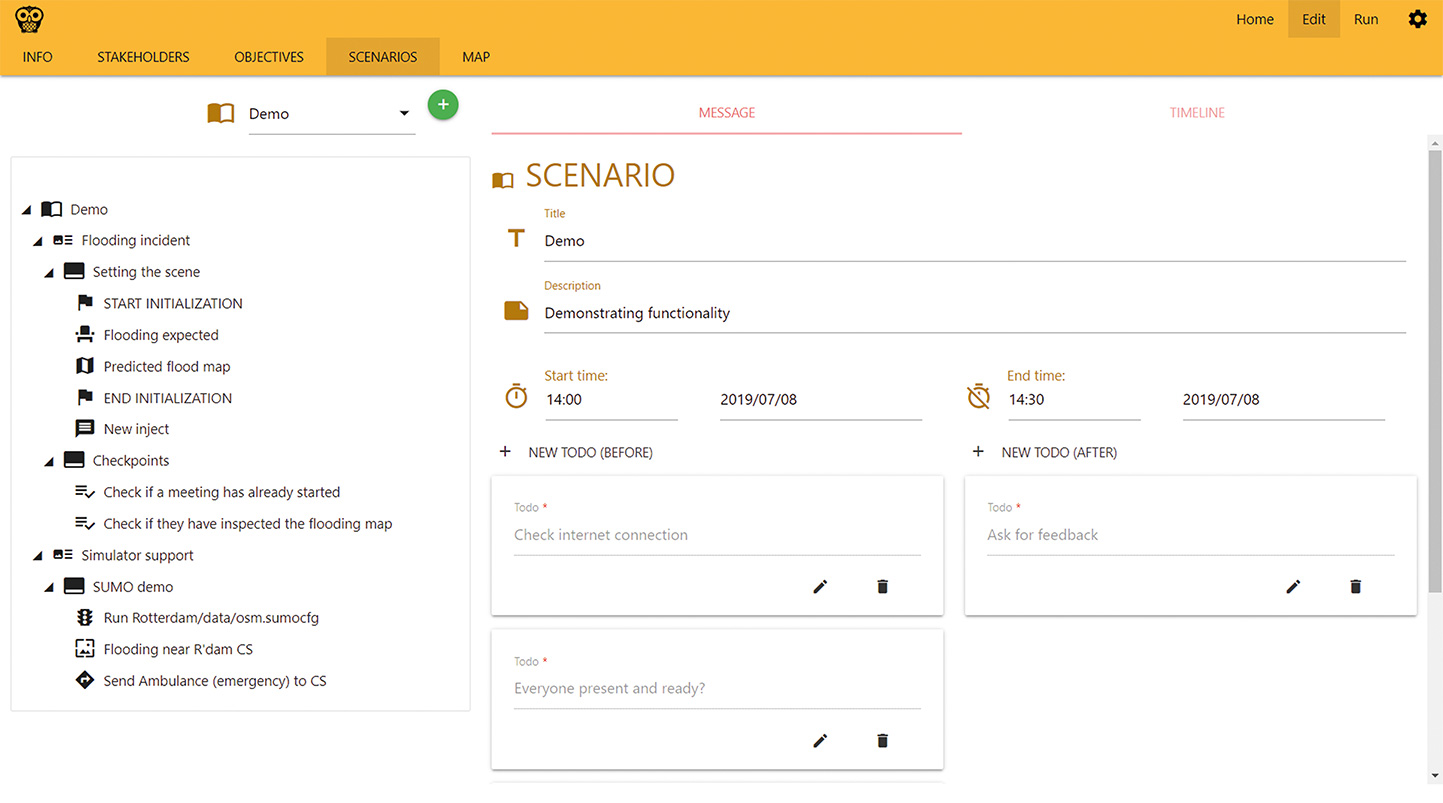 Creating a scenario in the TMT can be compared by creating a new project. However, instead of managing a project by creating subprojects, work packages and tasks, a trial scenario (=> project) consists of storylines (=> subprojects), acts (=> work packages) and injects (=> tasks, like a simple message). And whereas in a project, you assign resources, in the TMT you assign simulators, role players and observers (=> resources).

A scenario is created while preparing the trial and is executed during the trial. And like a project manager, controlling the sequence of the tasks during the lifetime of a project, the trial staff is also able to control the sequence of inject/messages during the lifetime of a scenario. For example, a scenario may specify that initially water levels rise, next a dyke breaks and a flooding starts. In parallel, a traffic accident causes an ammonia cloud to threaten a part of the city. Its output is a time sequence of messages, for example to instruct a simulator to start a flooding, a role player to call 112 or an observer to watch out for a particular use of a solution. 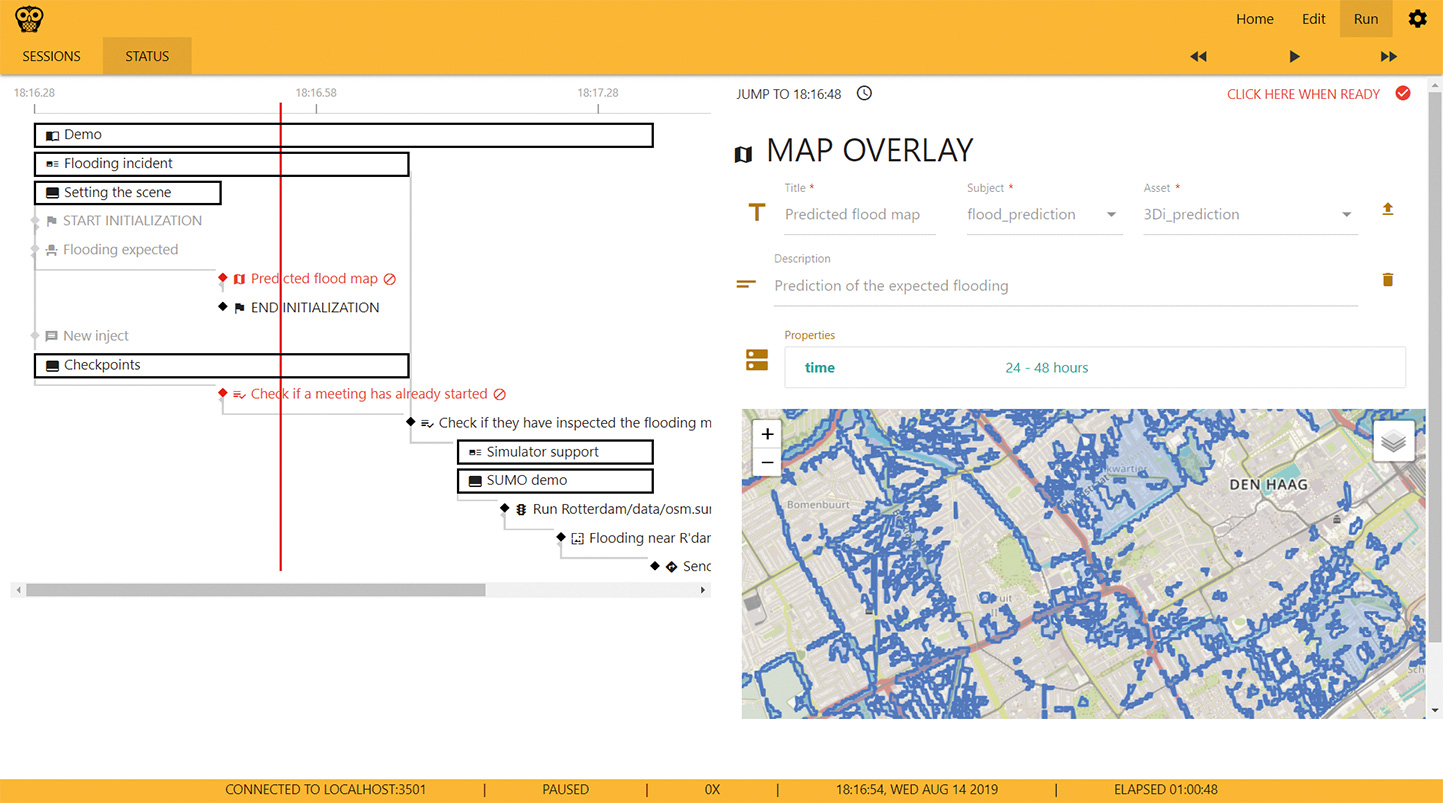